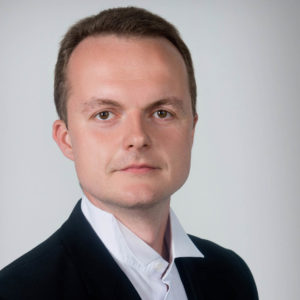 Taras Lenko studied the violin, clarinet, as well as opera and symphony conducting at the Mykola Lysenko National Academy of Music in Lviv. He has performed with the State Opera in Lviv and has won a series of international awards. In 2002, he joined the K&K Philharmoniker as a clarinettist. Since 2014, Lenko has regularly appeared at the rostrum, not least in the concert halls of Stockholm and Helsinki, the Luxemburg Philharmonic, the Kuppelsaal Hannover and the Palais de la Musique in Strasburg.