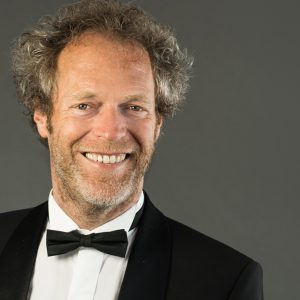 Austrian impresario, conductor and composer Matthias Georg Kendlinger is the man behind the K&K Philharmoniker, the Austrian K&K Ballett, the K&K Opernchor and the Tiroler Beethoven-Tage. His ensembles have earned him rapturous “bravos!” and standing ovations across Europe, most notably in the concert halls of Madrid, Lisbon, Oslo, Copenhagen, Paris, Berlin, and indeed at the Wiener Musikverein in Vienna. Since 2006, his own compositions have also been brought to the stage. Kendlinger’s extensive discography includes recordings of Beethoven, Dvořák, Tchaikovsky, Orff, Wagner, the Strauss dynasty, as well as the first of his own works, which can also be heard in Lviv since 2017 as part of an exclusive festival.