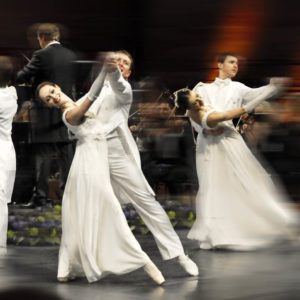 Founded in 1998 specifically for the Wiener Johann Strauss Konzert-Gala , the company has since appeared in many DaCapo productions. Until 2008, the inimitable style of the K&K Ensemble lay in the hands of Gerlinde Dill, ballet mistress of the Wiener Staatsoper and choreographer of Vienna’s New Year concerts. Dill was the creative mind behind many unforgettable choreographies – the Wiener Johann Strauss Konzert-Gala goes without saying, but also for compositions by Tchaikovsky and Kendlinger’s symphonic poem Der verlorene Sohn (The Lost Son). Viktor Litvinov from the National Opera of Ukraine in Kiev ably stepped into this role in 2009 and has directed the ballet performances ever since.